On November 3rd we’ll be having installation artist Marnix de Nijs over for a colloquium session. During our time, we will be focusing on Marnix’s own immersive cinematographic works, such as interactive chase movie Run Motherfucker Run, Exploded Views and his latest works that investigate alternative display devices and 3D aesthetics. The talk will be in room M3017, which is Lecture Theatre 1, and we’ll be starting at 5:00pm. 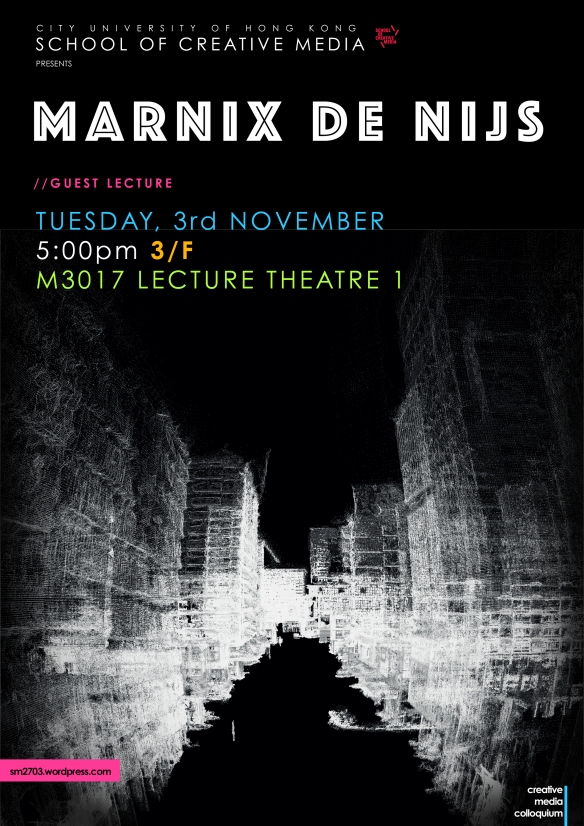 BIO:
Marnix de Nijs is an Rotterdam based installation artist and researcher that has been working with full body participation in immersive audio visual environments since the late nineties. His works include mainly interactively experienced machines that play with the perception and control of image and sound, but also, radical and humorous pieces such as his Bullet Proof Tent and the Physiognomic Scrutinizer. Impelled by the idea that technology acts as a driving force behind cultural change and therefore capable of generating new experiences where societal habits and communication are rethought, his work thrives on the creative possibilities offered by new technologies, while critically examining their impact on contemporary society and human perception. Marnix’s works have been widely exhibited at international art institutes, museums and festivals. He won the Art Future Award (Taipei 2000) and received honourable mentions at the Transmediale award ( Berlin 2000), the Vida 5.0 award (Madrid 2002), and Prix Ars Electronica ( Linz 2013, 2005 & 2001). In 2005, he collected the prestigious Dutch Witteveen & Bos Art and Technology Price 2005, for his entire oeuvre.

This week we will be showing a collection of faculty works. We will be back to our usual time slot of 5:00pm in the M6094 Future Cinema. 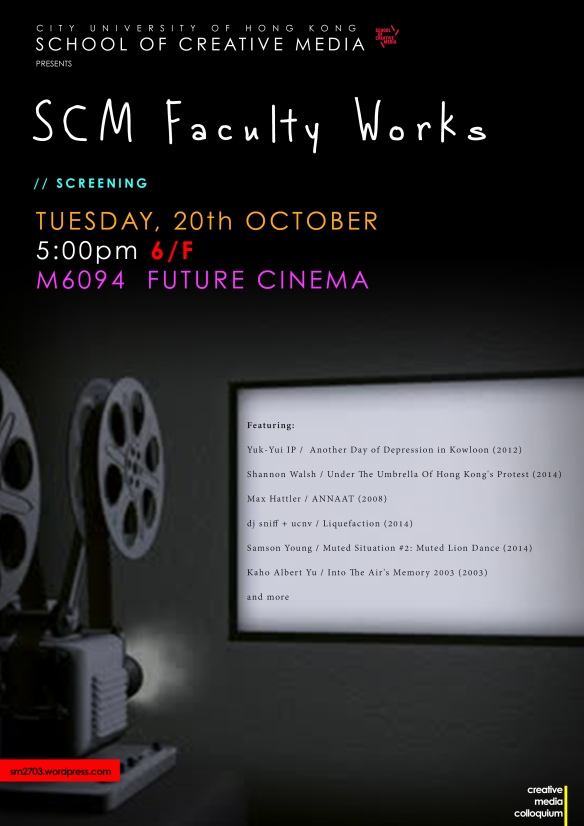 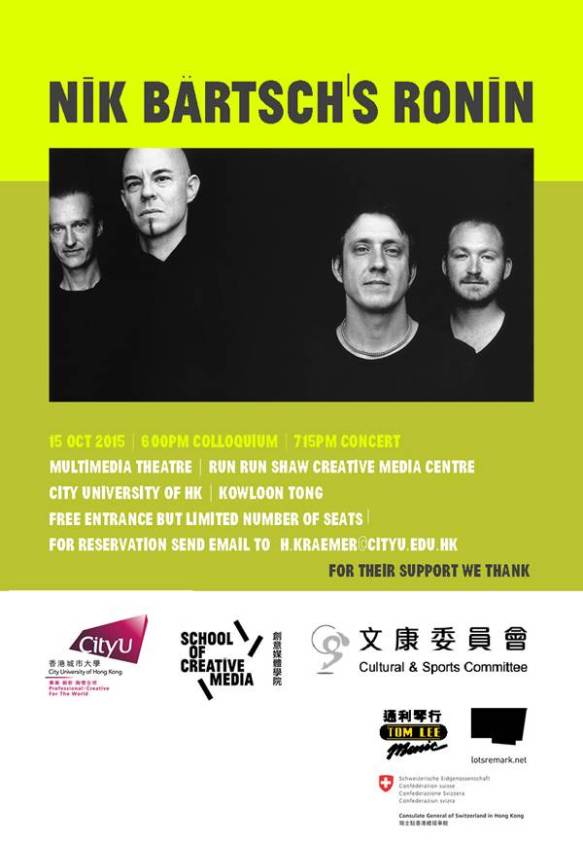 Nik Bärtsch‘s Ronin (www.nikbaertsch.com) – international renown Swiss musicians who produced four albums for ECM records are on tour in Asia in October 2015. With the zen-funk quartet RONIN founded in 2001, Nik Bärtsch proceeds with the work on his RITUAL GROOVE MUSIC together with Kaspar Rast (drums), Thomy Jordi (bass) and Sha (bass/contrabass clarinet).

Their music consistently follows the same aesthetic vision under various instrumental guises: creating the maximum effect by minimal means.  Despite the multiplicity of the band’s influences, Ronin’s music always possesses a strong individuality. They incorporate elements of disparate musical worlds, be they funk, new classical music or sounds from Japanese ritual music. The music critic Tyran Grillo has written that their music represents some of the most sustainable music on the planet.

During Colloquium and Concert the doors will get closed. So be on time.
FREE ENTRANCE but limited number of seats. First come, first served.
For Reservation, please send email to : h.kraemer@cityu.edu.hk